Ukraine is famous by its hospitality, but, at the same way like in another countries fact if being foreigners on the territory of other countries must be fixed by relevant services. Order of foreigner being, his rights and duties are mentioned by Ukrainian law, which does not include possibility of foreigner’s amnesty if he broke order of migration at some reasons. 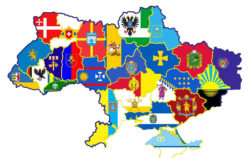 Proper legal support according to questions of immigration to Ukraine can minimize risks of red tape and possibility of further deportation of foreigner.

Availability of reasons on immigration to Ukraine

According to the rules of immigration, foreigner can live at the territory of Ukraine without obstacles during 90-days term.

Immigration to Ukraine at the term that is longer than three months is possible only according to next reasons:

But, at the second case, the reason of being at the territory of Ukraine must be rather good. It can be some illness of the foreigner, who came to Ukraine according to the transit visa or caring after the ill relative of foreigner; natural disaster; pregnancy or birth of applicator.

Price of immigration to Ukraine services

According to a lot of situations, price of immigration to Ukraine services, can be different. Just contact us at: (044) 358-10-88 and (044) 358-20-88 or fill in the form of back-connection for clarifying the price. After that our specialist contacts you at the nearest time and consults you.

How important is legal immigration to Ukraine?

Foreigner, who does not have the legal statues, can not only get a lot of bureaucratic problems, but even deprives himself to use medical care or package of social help, that residence of country and foreigners which are registered at Department of visas and registrations.

It is mistake to think that immigration to Ukraine gets like it’s the main goal only calm and pleasure being at the territory of the foreigner, but rather hospitality, country. Legal immigration gets a lot of possibilities at the case of self-realization and social adaptation.

Difficulties of the process of legal immigration to Ukraine, which foreigner will surely have

Legal immigration is not so difficult process as a process which needs at thoroughness. Immigration law even of own country is rather new for person who is far from juridical area. What should we tell about the situation when the foreigner arrives to Ukraine, who sincerely wishes to stay here and looks for the reason which lets him to stay at Ukraine according to the legal reasons?

There are a lot of cases, when documents must be rewritten or retyped and every new hitch at any new stage, like a snowball, causes to delaying the process.

Legal immigration of foreigners to Ukraine will be quickly and provides without spending their own time and extra efforts with help of Bravex IAA. Knowledge of law, professional curiosity and availability of practice experience let our specialist to solve any questions as quickly and simple as it is possible.

Our company takes care after our clients’ comfort that is why we are ready to give a possibility of deal with participation of interpreter and also to facilitate if the need to set apostil at the case it is necessary. Immigration to Ukraine with Bravex IAA is a confidence that all interests and legal rights of our client will be represented in the state structures at the best way.