How much will the financial license cost?

According to the innovations, licenses which let to provide economic activity related to providing financial services (except for professional activity on the market of bonds) will be formed on the unlimited terms. It will happen on the application principle. It means that the licenses will be given after ten days since the moment that the application forms were given.

Price of such license will be equal to one minimal salary. 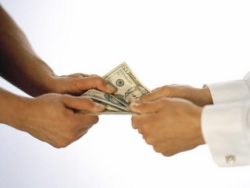 In addition, new legal norm sets requirements to realization of such economic activity tailored to specific of each its kind. This, in particular, touched providing of guarantees and sureties, trusting assets management, factoring, leasing, attracting of financial assets with obligation to their further baking, lent of money, insurance, administration of non-state pension funds, buying the goods in groups, and also management of property for realization of operations with real estate or financial construction.

Also the exhaustive list of requirements, which are necessary for licensee and also the full list of documents, which the licensee must add to the application form are also established by law.

All mentioned conditions for getting the license that allow to provided services at the field of finance, are mentioned at the order No 913 which was approved by Cabinet of Ministers at 7th of December 2016. The project of order was worked by National Commission of Providing Financial Services. According to the words of member of this structure Olga Maksymchuk the second redaction of the document was final, where were taken into account comments and wishes of commissioner of President on rights of persons of disabilities.

View all posts by: admin